In September this year, Balenciaga partnered with Fortnite to create digital and physical streetwear, both in the game and in Balenciaga retail spaces. At first glance, this partnership seems unexpected but many high-end fashion retailers are now getting into gaming. 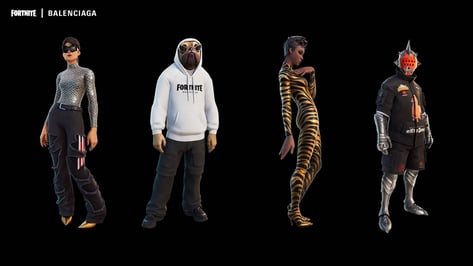 Luxury in a virtual world

At the beginning of 2019, Riot Games and Louis Vuitton met to discuss the possibility of a collaboration between brands. From there, they created physical and digital clothing and a branded travel case for the “League of Legends” Summoner’s Cup, the $2.2 million prize for the most-watched esports tournament.

This was one of the first gaming and high fashion partnerships, and fans went crazy for it. To appeal to the stylish but casual gaming crowd, Louis Vuitton focused their clothing line on streetwear and accessories. Gaming is a lifestyle, and gamers see their avatar as an extension of their style identity virtually and in real life. 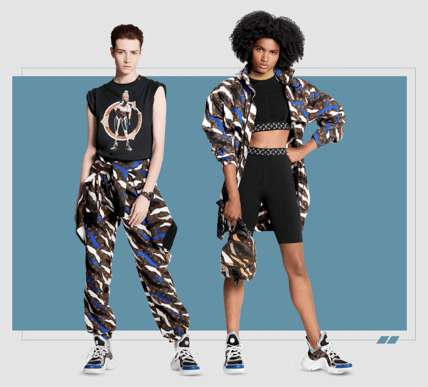 Streetwear is especially popular with gamers. Polish streetwear label, MISBHV, also partnered with Grand Theft Auto V earlier this year and designed streetwear looks for the game. Their inspiration was to create clothes that would make sense for them both in the real world and in the world the game has created.

When you think of Fortnite, you don’t necessarily think of high fashion brands. According to our platform, the Fortnite audience is mostly male and between the ages of 18 to 34 with a low affinity for fashion. 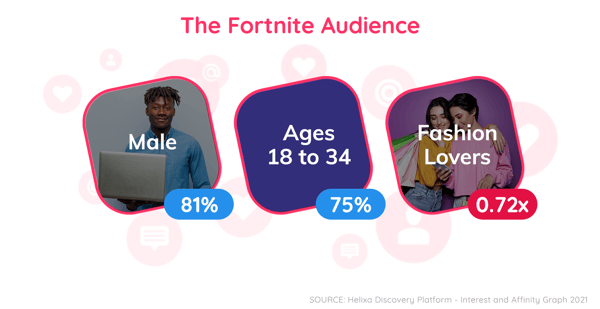 And when you look at the Balenciaga audience, it is mostly female and also between the ages of 18 to 34 but they have a low affinity for gaming. So really, what could be the angle here?

Interestingly enough, if you look at the niche audience of Fortnite Fashion Lovers, that’s when this collab begins to make sense. This audience has high affinities for both high-end retail apparel and Balenciaga.

And when we combine Balenciaga fans with Gamers, we find that they are nearly three times more likely to engage with Fortnite compared to the average US population.

Gamers who appreciate luxury fashion love this collab. The drop was met with positive responses and tweets with fire emojis 🔥🔥. Kim Kardashian’s hairstylist Chris Appleton has been seen many times sporting his Fortnite x Balenciaga hoodie. 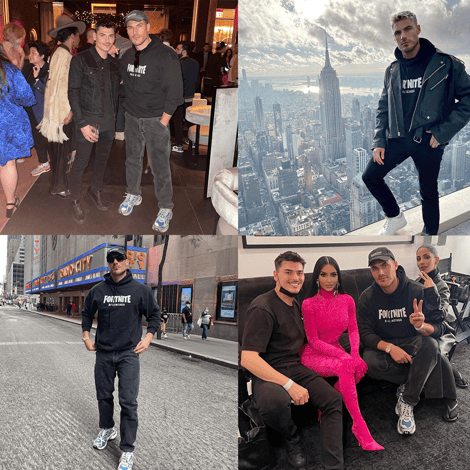 The Future of Digital High Fashion

The eSports and gaming market is worth $159.3 billion and has more than 2.7 billion players. It’s no secret why high fashion brands are now getting into the game. These industries have the power to benefit from each other: fashion can reach new audiences while gaming can gain more popularity through trendy partnerships.

But these brands need to consider the game’s audience along with their interests, influencers, and values. By using an audience intelligence tool like Helixa, we were able to go beneath the surface and see where audiences overlap and identify surprising new opportunities for growth.

High-end fashion brands and by extension all luxury brands can only survive if and when they stay culturally relevant. In a world where audiences splinter more and more and where future brand ambassadors and aspirational brand fans spend a lot of their time in digital spaces, brands need to embrace this and be where the next generation of buyers are. If not, they just end up being in the outlet stores.

Bridget is the Marketing Coordinator at Helixa, where she manages social media, video content, and champions company culture. In her free time, she loves listening to musical theatre podcasts, cooking vegan food, and spending way too much time on TikTok.