In the Hard Seltzer Wars, What Does Your Drink Say About You?

In the Hard Seltzer Wars, What Does Your Drink Say About You?

Whether you are a heavy drinker, newly 21, a casual sipper, or someone who abstains, you probably have an opinion on alcohol and the people who drink it.

Conversely, the drink in your glass is often a statement on the image you want to present to the world, whether or not you're consciously thinking about it. It could be a scotch on the rocks, a Martini (shaken, not stirred), or a simple can of Budweiser. Each one evokes a specific type of persona.

So, what image are hard seltzer drinkers broadcasting when they pull up to the BBQ with a case of White Claws?

The category speaks louder than any individual brand

In 2020, it seems like a new hard seltzer brand arrives every day — sometimes from suspicious places (looking at you, Natural Light). Much like the Rosé movement of years gone by, it's basically a prerequisite for breweries to come out with their own variation.

And for good reason: According to YouGov data published in The Drum, White Claw, Truly and Bon & Viv outsold the top six beer brands, combined, in the 30 days leading up to the study. 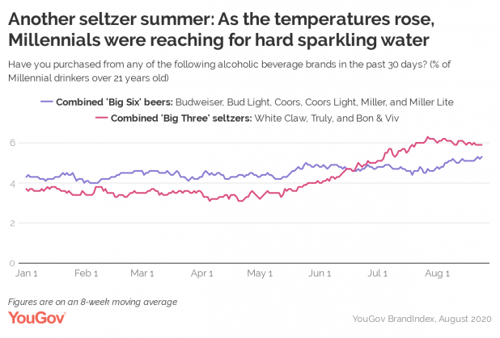 SOURCE: YouGov, via The Drum

While it may have seemed like a frivolous trend last summer, hard seltzers are here to stay.

Now, I have plenty of opinions on hard seltzers and the people who drink them, but I know very little when it comes to specific brands. So, I went to the source and asked our requisite office seltzer fanatic: our marketing manager.

According to him, when he goes to his local bodega for hard seltzer, his choice is largely made by what’s on sale (such a Millennial) or the flavors available, rather than the name on the label. 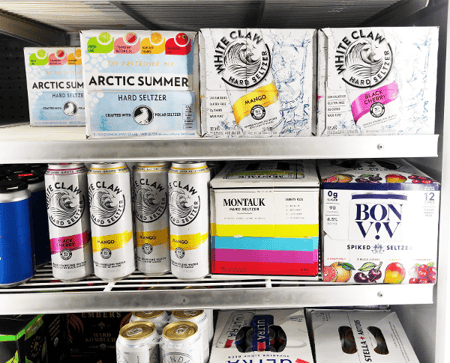 And Helixa data confirms he’s not alone: The overlap between the brand audiences of top hard seltzers demonstrates a willingness to play the field among even the most engaged seltzer drinkers.

A survey from Wavemaker and Buzzfeed shows that this is not a problem unique to hard seltzer marketers. In that study, 72 percent of respondents considered two to four brands when making a purchase, and 86 percent were open to switching.

This lack of brand loyalty in the category — and in general — makes positioning even more crucial (more on that later). And to answer my initial question, we’re going to need to look at the category as a whole before getting more specific.

When it comes to stereotypes of hard seltzer drinkers, let’s see which of my instincts hold up — MythBusters-style.

On the surface, much like wine coolers before them, hard seltzers definitely seem to appeal more to women than men. They’re fruity, they’re light on calories — you get the picture. All the marketing stereotypes in the world support that assumption.

But is that the reality? While most of my male friends wouldn’t be caught dead drinking a hard seltzer (or so they say), the younger generations are much less bothered by the prospect.

When we evaluate the U.S. hard seltzer audience as a whole, it does tend to skew slightly towards women, carrying about 53 percent of the audience. But the men are not far behind, comprising almost half of the seltzer fans at 47 percent. 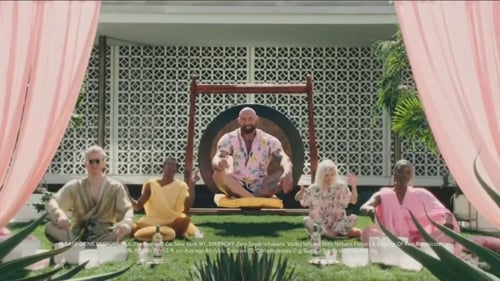 Certain brands, like Smirnoff’s hard seltzer, understand this and have leaned into it with their advertising. The above image is a still from a commercial they ran featuring Dave Bautista leading a guided meditation — seltzer in hand.

Let me start this one off by saying there’s absolutely nothing wrong with wanting to look good and showing your best self to the world.

But when I think of seltzer drinkers, I think of the type of people I’d expect to be influencers on Instagram — people who are willing (and able) to invest more in their lifestyle and appearance.

When evaluating the seltzer audience’s psychographics in Helixa, I found appearance does play a major role.

I think we can mark this one confirmed. If you are looking to market a seltzer, you need to understand trends and sell a more aspirational vision to this audience.

Myth 3: Hard seltzer drinkers are looking for a healthier alternative

One thing hard seltzers have to their advantage is drinkability — or so I am told. They’re not sweet enough to give you a sugar rush like hard lemonades and not as filling as a beer.

But are people making a dietary choice when selecting a hard seltzer over other alcoholic beverages?

While it may seem like a difficult hypothesis to prove, through Helixa we see that the hard seltzer audience is 48 percent more likely to be health-conscious than the average American adult.

This audience wants to look good and feel good.

I don’t need a research platform to know that hard seltzer drinkers skew young. I can walk into any bar that serves them (outside and socially distanced, for now) and see that for myself.

Plus, a lot of data points to Millennials as the key driver for this category. But are they the sole driver? 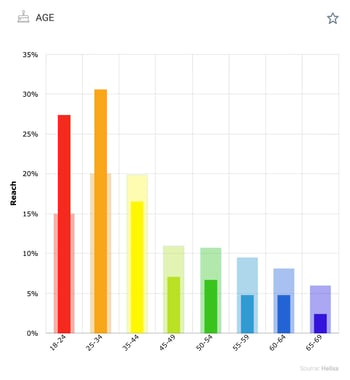 It might seem so, at first glance. As you can see, our Millennial drinkers make up the lion’s share, with around 30 percent of the audience.

Gen Z follows in a close second. On the surface, and compared to the average US consumer, yes, hard seltzer skews much younger.

But once you take a deeper dive you see the 35+ age group represents 40 percent of the audience. That’s definitely more than I expected.

This offers an enormous opportunity for hard seltzer brands. But do they run the risk of becoming the next Facebook? Once the older generations jump on board, is it no longer cool?

We are going to call this one busted, for now.

Differences between the White Claw, Truly, and Bon & Viv audiences

While it’s helpful to look at the broader category to understand hard seltzer drinkers, the audiences supporting each brand do have key differences. The ways that they diverge are often subtle, but it’s important to consider them to add more nuance to this discussion.

For example, the first myth would not have been so thoroughly busted when looking at the Truly audience alone — a full 70 percent of that audience is female. White Claw, on the other hand, has more men in its audience than women.

Here’s my take on each brand, based on the data:

They move more cases than any of their competitors, as the stable and dependable option. White Claw sees the most success in the Midwest. Its fans are big gamers, while the other two brands have a very low affinity for the hobby. But they also love sports, so it’s easy to imagine them bringing a cooler full of Claws to the next tailgate.

Truly: Trendy on a budget

Despite having the lowest household income of the three brands, this heavily female audience is always on-trend. Truly fans are fashion-forward, physically active, and love home decorating. Plus, they always find the best deals. My theory: this audience is drawn to Truly because it offers a health-conscious taste of luxury without the price tag.

This audience is similar to the Truly audience, with some key differences. They are even more health-conscious than Truly fans, more likely to cook at home, and have a higher household income. They are concentrated in the Northeast. With more complex flavor offerings than the other brands, I can imagine these Bon & Viv drinkers grabbing a case on the way home from the farmers market and pairing it with a charcuterie board later in the afternoon.

The seltzer wars are here to stay, but not all of the brands can say the same

So, we have determined that we can assume a few things about you when we see a hard seltzer in your hand. You’re probably younger, conscious about your health, and aware of the way you come off to those around you.

Depending on your brand of choice, we may be able to assume even more. While focusing on the broader category helps us better understand the market, these subtle differences are key when positioning the product and building up brand loyalty in a category that seems to lack it.

Helixa can help you obtain a macro view of the market before drilling down on specific brands and segments. And once you identify those key segments, we can help you understand what they care about to connect in a more meaningful way — and find talent options that speak to those interests.

Audience building and positioning will play a huge role in determining who lives and who dies in the seltzer wars. I’m not sure which brands will make it through, but I would bet that many will not.

In the meantime, I’m going to crack a White Claw and see what all the fuss is about.

Subscribe below to be notified when our comprehensive analysis of the seltzer market drops in the coming weeks.

Eamon Monaghan is our Business Development Director, focused on brands, sports, and exploring the inner child in all of us. When he isn’t screaming loudly at his television set, he spends his time helping clients better understand their customer and how to expand their brand in an ever-changing digital world.