You Got Your Data In My Peanut Butter

You Got Your Data In My Peanut Butter

Few products inspire loyalty like Peanut Butter.  Like Coke and Pepsi, chances are you grew up in either a Skippy home or a Jif family, and the idea of changing has never occurred to you or your mom. You may be a crunch person or a smooth person inside either brand, but your loyalty is clear.

Unless you’re that goober from 1978 who got his peanut butter and his jelly in the same jar. Then all bets are off. About everything.

Are Skippers and Jiffies different at their core? What separates these loyalists beyond theinertia of having been imprinted with whatever their mom bought when they grew up. Or, what made Mom make that choice to begin with? This is where market research departments at big brands use consumer personas to understand both their audiences and their competitors’. But we’re doing it for fun. 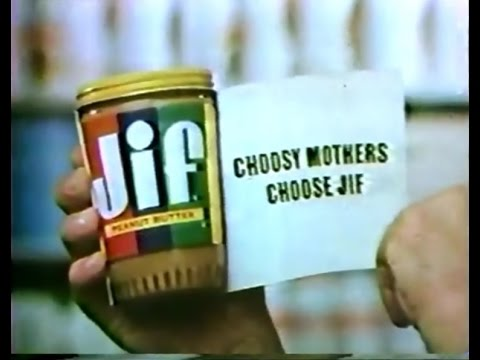 To find out, we looked at 440k people who demonstrate an affinity for Skippy and 560k people attached to Jif to understand more about the consumer personas for each. The relative numbers don’t matter, by the way - we aren’t looking at sales data but are much more interested to understand if and how Jif and Skippy people are truly different and how that manifests itself.

First off, Moms aren’t the only ones buying peanut butter, especially not Skippy. Women make up 65% of Skippers, compared with 73% of Jiffies. So a good third of Skippers are males, and here particularly the 18-24 year old group stands out for maleness. Are we looking at students on a budget or some form of arrested development in terms of broadening their horizons? A few more years of maturing and the interest clearly favors the female gender, so in family with kids we haven’t moved far from the Brady Bunch and Moms are the loyalists raising the next generation of believers.

Jiffies, on the other end, tend to be a tiny bit more sophisticated in their tastes. They are into food sites like Tasty, fashion brands like Unilad, and TV shows like “The Tonight Show With Jimmy Fallon.” Jif is also clearly stronger in the southeast and part of the midwest while Skippers predominate around the Great Lakes and northeast and show media affinities for sites like Taste of Country and My Bible, where they over-index considerably, leading us to assume a more down to earth traditional persona.

So yes -- Jif and Skippy audiences are different: Jiffers are the people who rebelled against the mainstream choice at some point, or are their children. Skippers are more traditional .

In the 70’s Jif’s advertising was about taste testing. They were certain that given a fair shake they’d win on flavor. But brand loyalty is strong, it shapes our tastes. If Jif didn’t taste just like Skippy, but better, it couldn’t win conversion. But given our findings, Jif’s best approach today might be more of a lifestyle appeal, with a message around bucking the mainstream choices, thinking independently, being a rebel. They might advertise in cities with more college educated and affluent people. They might advertise to college students, who are making the choices they’ll live with for years to come.