For 17 years, fans of the Buffalo Bills had to wait for the team to make their return to the playoffs. Before that drought, those same fans had to watch the team lose four Super Bowls in a row in the early 90s. Luckily, a whole lot has changed in the last 30 years. With Josh Allen now leading a high-powered offense, the Bills are one of the Super Bowl favorites for the 22-23 season.

The team started off this season strong by winning the kickoff game. With growing momentum behind the team, we were curious to learn more about their fanbase, and what the opportunities for growth are.

According to our platform, 61% of the Sports audience is male, so we expect to see the Bills have an audience that heavily skews male (72%). However, when we look at Bills fans that only live in New York State, that number drops to 59%. Narrowing down to just the city of Buffalo, that number drops even more to 57% male. Interestingly, the closer you get to the Bills’ hometown, the more the Bills' audience is split between men and women.

Besides being Sports Enthusiasts, Buffalo Bills fans are also more likely to be Motor Lovers, Outdoor Enthusiasts, and Gamers. Traveling to Orchard Park during those snowy Sundays is always top of mind for Bills fans, so it’s no surprise that they have high affinities towards truck vehicle manufacturers.

Where do the Bills differentiate compared to football fans? Sports betting. Sportsbooks are now legal in most states, and Bills fans are far more likely to engage with sports betting apps than the average football fan. These apps should be looking to use the Bills to get a leg up on their competitors. 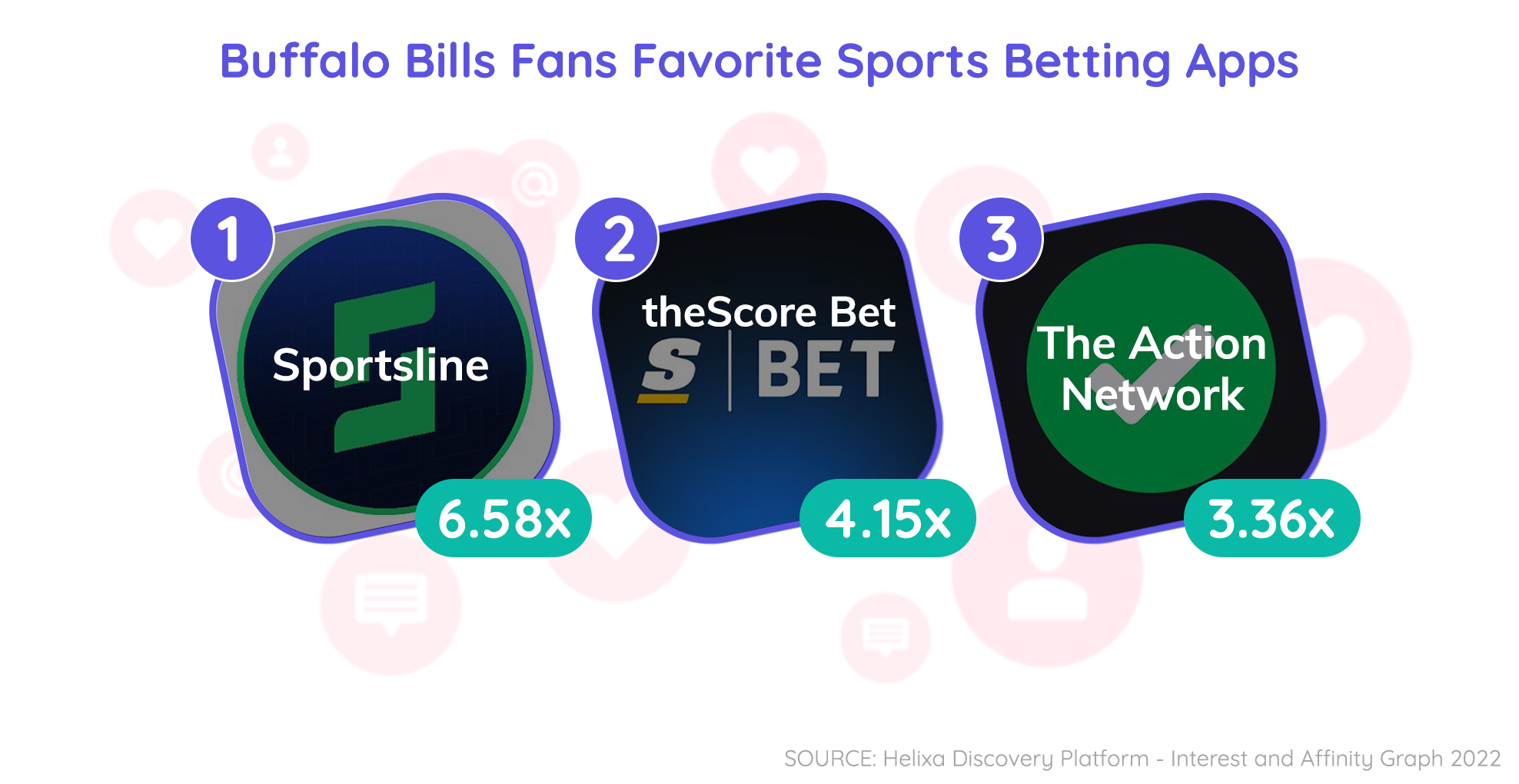 Outside of betting, Bills fans are also a little nerdier than the average football fan. They specifically love video games, movie theaters, and comic books. With streaming services looking to broadcast more sports events, film studios should consider advertising their latest releases during Bills games to reach these movie fans. 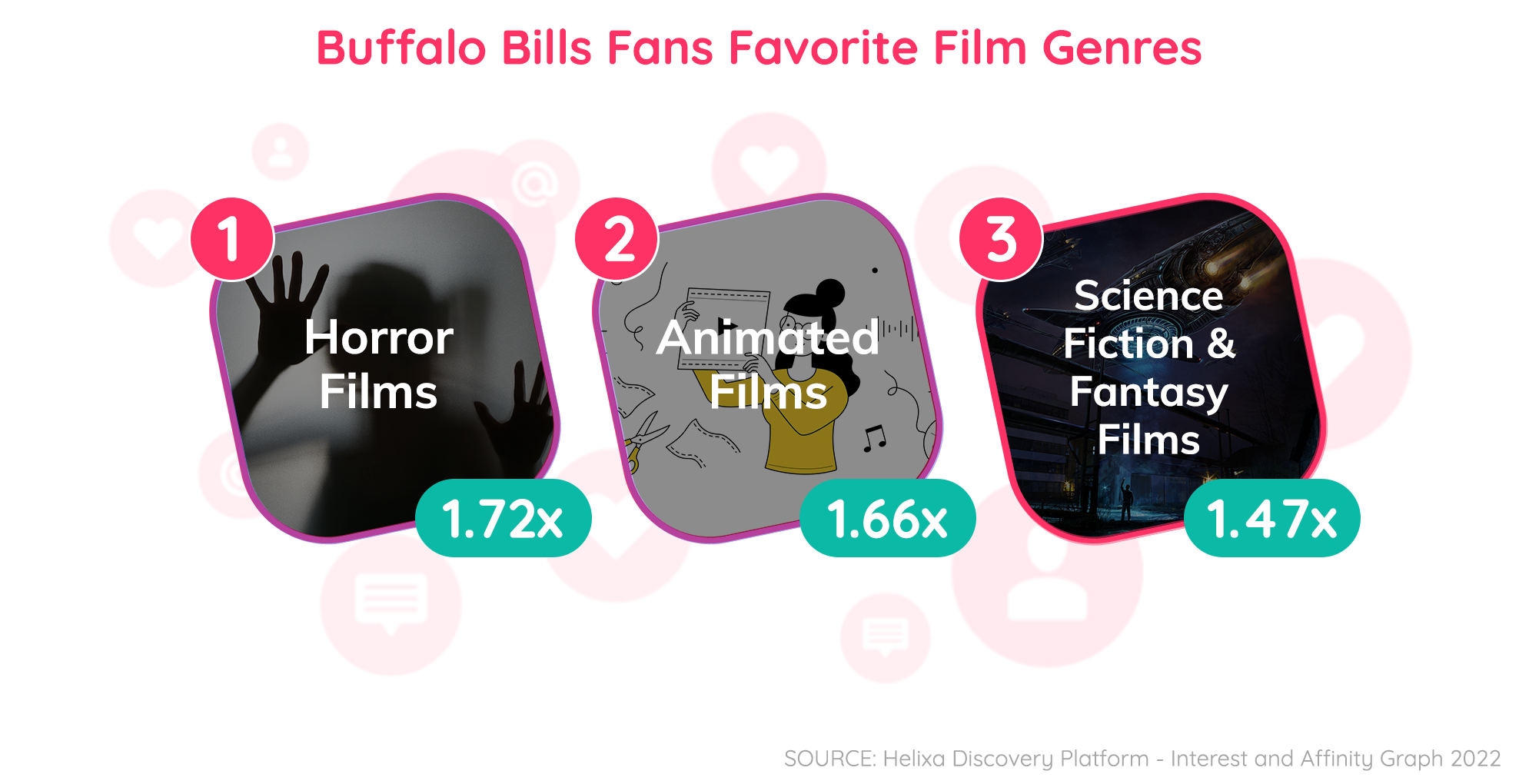 The Bills’ female fanbase provides an advantage for advertisers because football is generally a male-dominated sport. How do these female Bills fans in New York compare to women across the United States?

Like Bills male fans, they have high affinities for being gamblers and motor lovers. However, the best advertising opportunity to reach female Bills fans is gyms & health clubs, another category they’re more likely to engage with than the average American female. 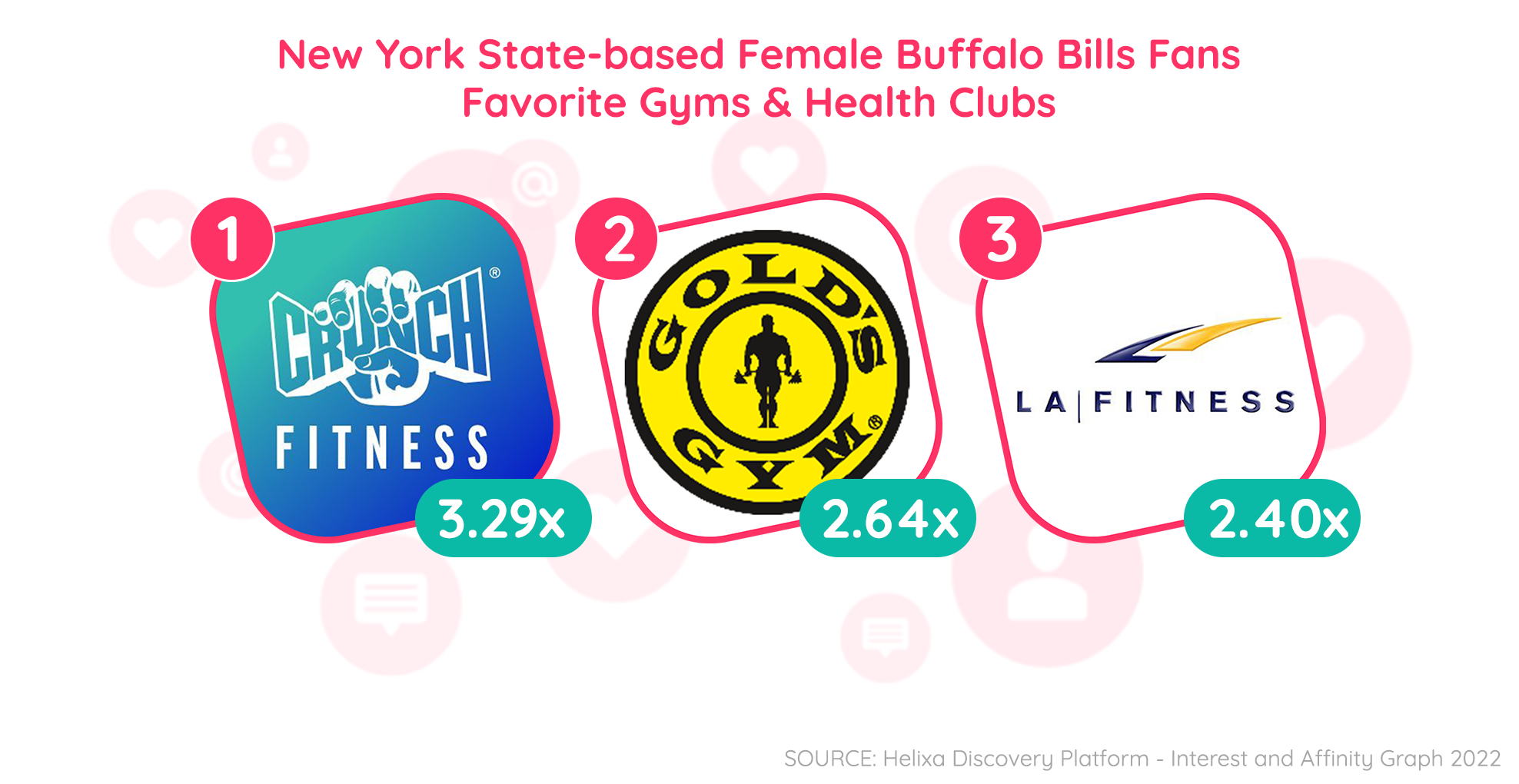 Female Bills fans are also very interested in home improvement stores, but their ads usually target men. These stores should consider targeting women, and home Bills games can be an excellent opportunity for these brands to reach the female audience. 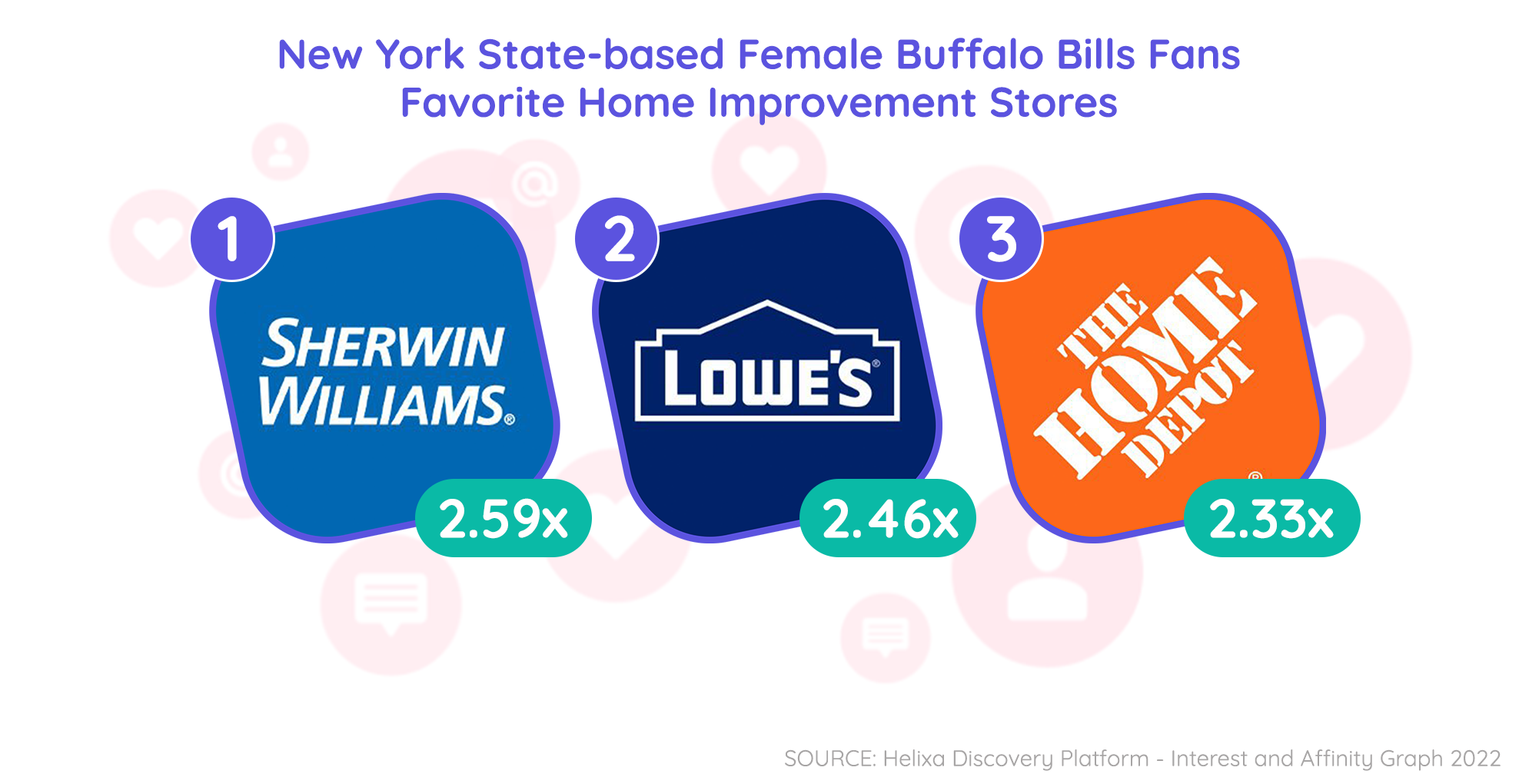 The Buffalo Bills fanbase, also known as the “Bills Mafia,” goes beyond just being a supporter; it’s a lifestyle. The Bills may be the next “must-watch” team, and this fanbase is seemingly bucking the trend of football fandoms being dominated by men. This audience presents a massive opportunity for advertisers to start reaching female fans during live football broadcasts. 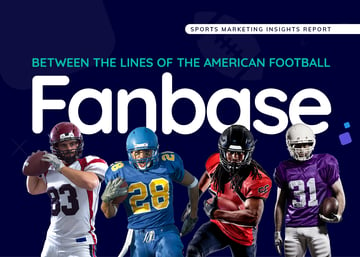 Our new Sports Marketing Insights Report: Between the Lines of the American Football Fanbase explores the American football audience and how you can better tailor your marketing based on their specific interests.