Under Armour is an athletic wear and digital health brand, known for diverse line extensions and celebrity endorsements, that has joined the ranks of Nike and ADIDAS as an iconic sports gear brand. CEO Kevin Plank has his eyes on overtaking Nike as the forerunner  of the industry. "In May, Plank told NBC Sports his 10-year-plan is still for Under Armour to become the No. 1 sports brand in the world" wrote Yahoo Finance.


While manufacturing sweat resistant clothing, footwear and accessories remain Under Armour's core competency, their latest push for differentiation focuses around digital health, with 3 major acquisitions of exercise and diet tracker apps in the last few years. Inc Magazine studied this strategy and discovered that “"merging performance products with performance data and interactive technology was a top Under Armour priority, given Plank's instinct that that's where the world was going."


Such a significant transition to combining performance gear and digital tracking is risky since tech giants also play in the digital health space. However as the tech giants have proven, data is king, and companies that best turn data into insights will reign. But who is Under Armour’s audience and what are their attitudes towards technology? 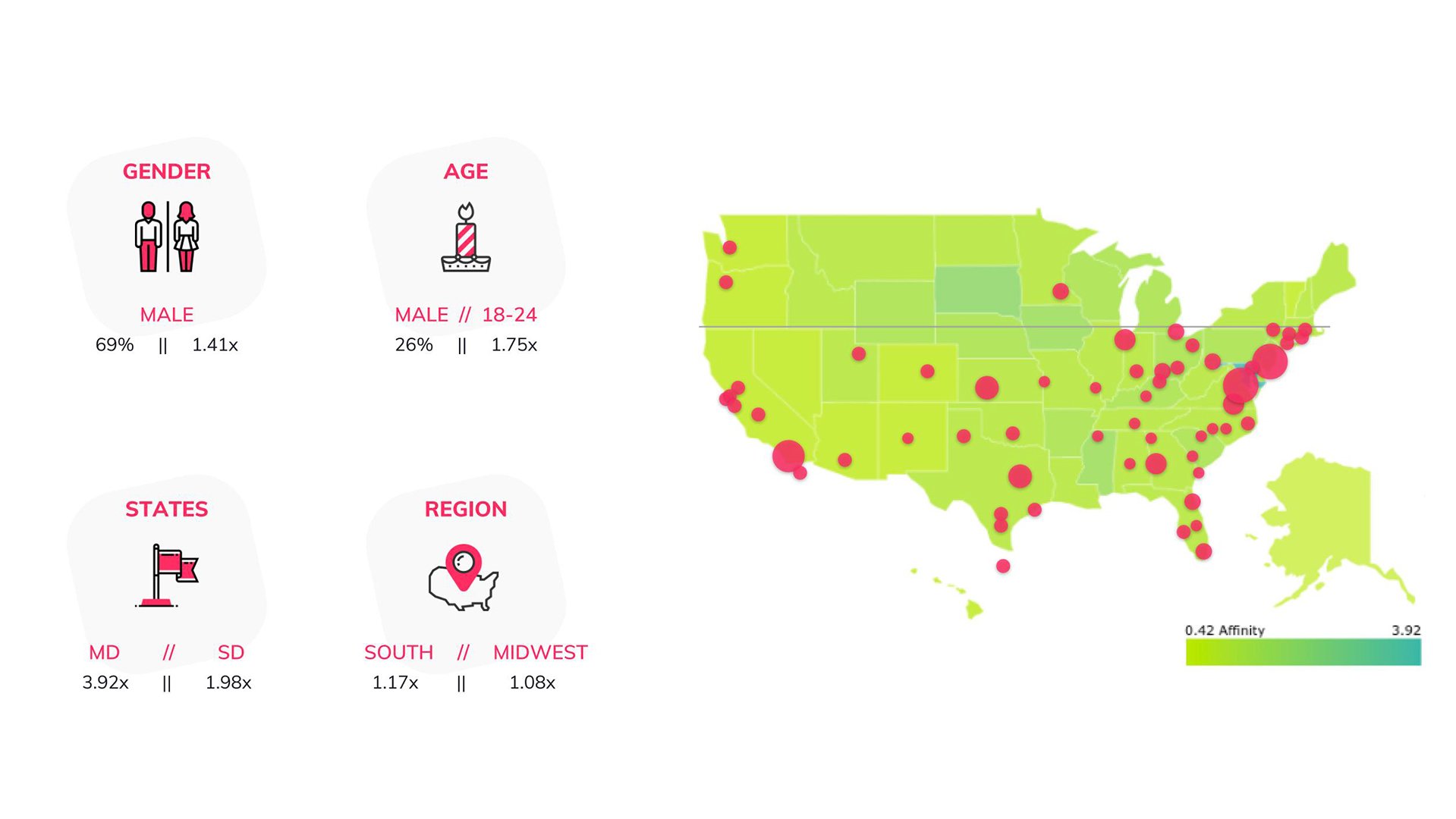 While it is not surprising that Under Armour is most popular among high school to college age males, who are more likely than average to be on a school or intramural sports team, higher interest levels in the South and Midwest are more distinct. But what else can we learn about other interests of Under Armour’s fans?

We looked at top product, media and technology interests for Under Armour’s audience to understand more about their specific passions and motivations beyond just basic demographics and a general interest in sports. While sports dominate product and media interest, some of the more specific details are interesting.

Observed consumer interests are expressed as the Affinity Index, which measures how the target audience you are analyzing is different from the average American adult. 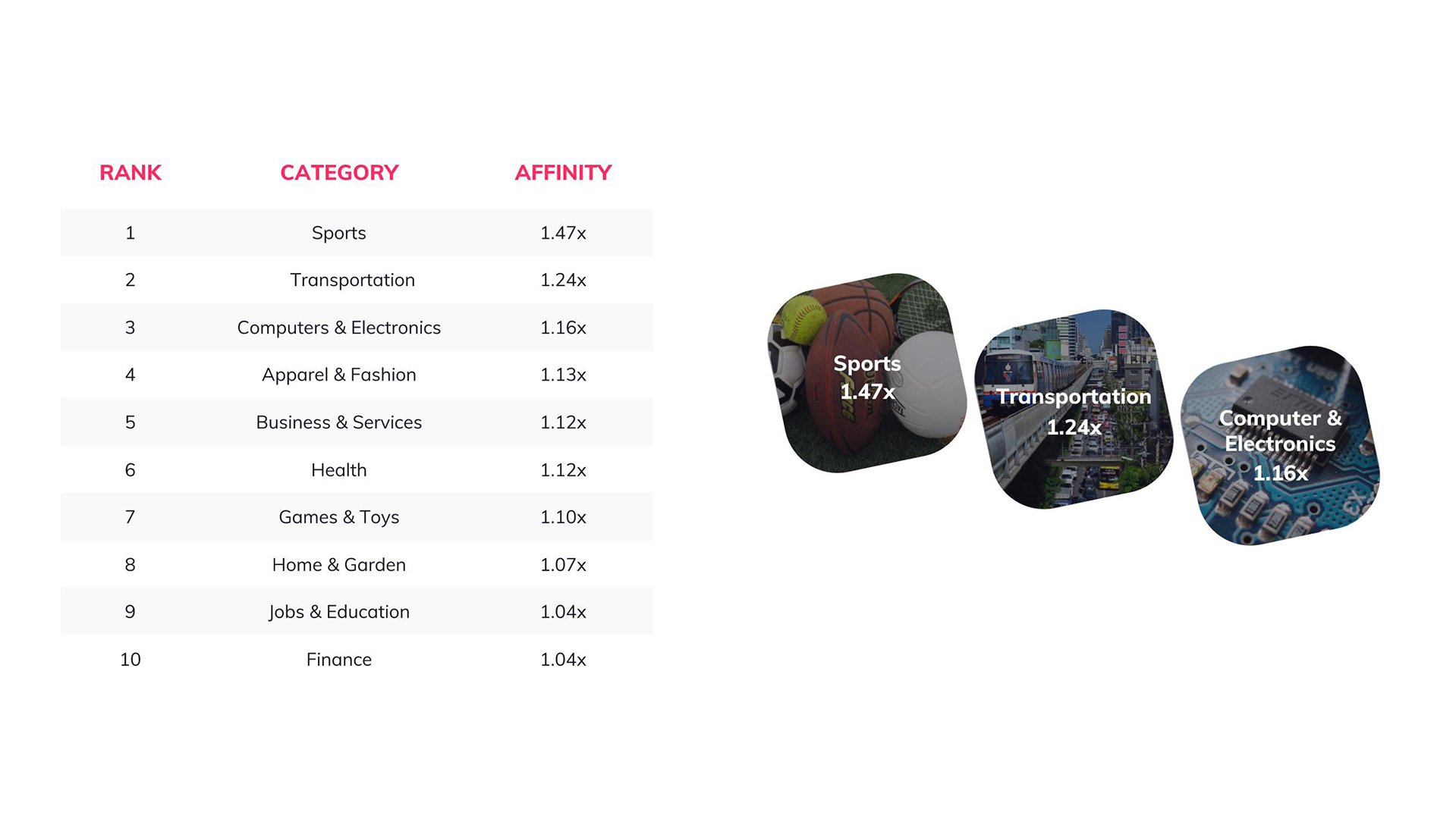 Looking at the category level, besides sports and transportation, computers and electronics are the next greatest interests for this group. The data supports the strategy to pivot the brand to a more tech integrated experience with app-based performance tracking, since their general interest in technology would hint that trying out an app integration would likely not be too intimidating and could be interesting to them. 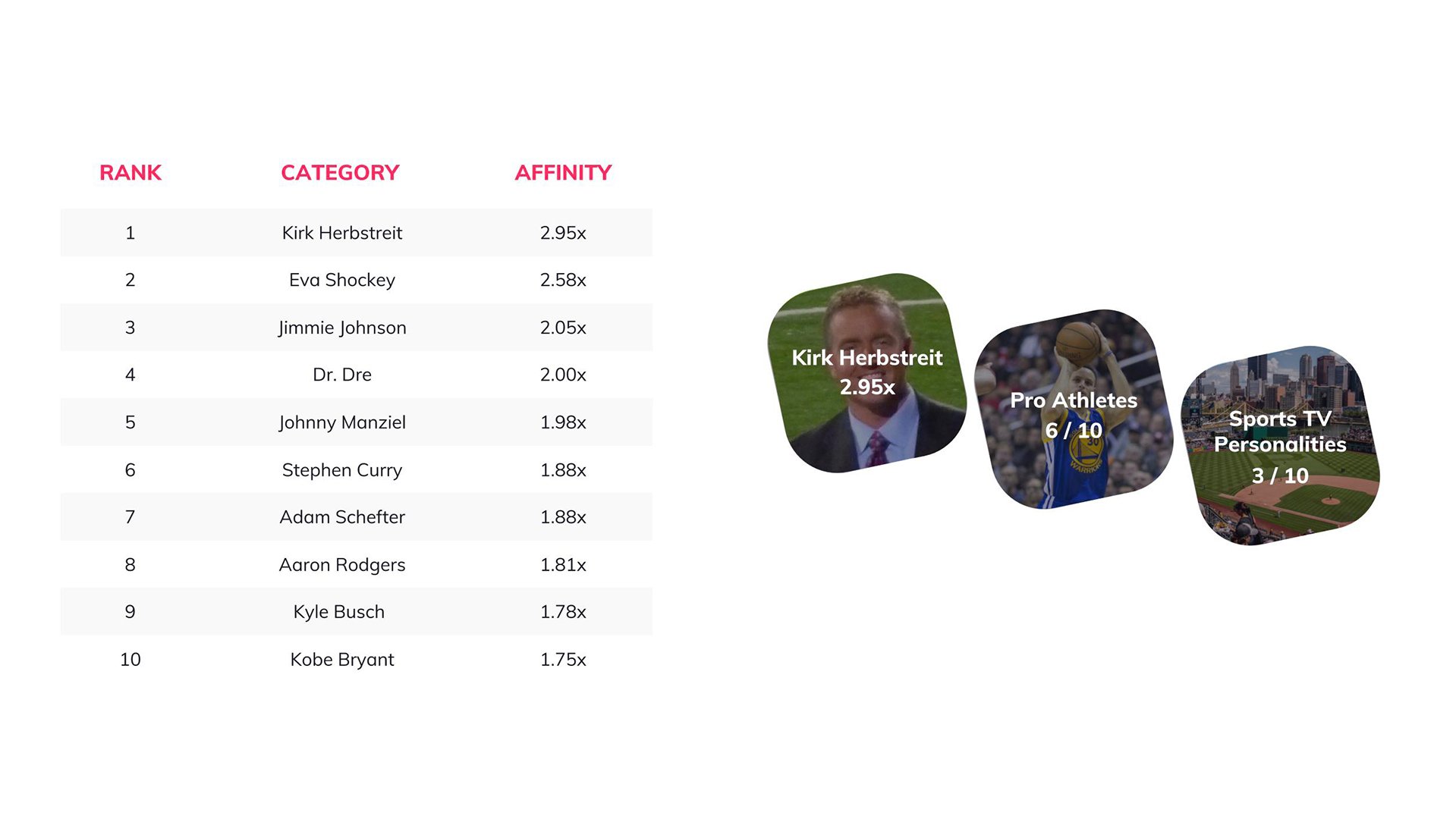 Top influencers are also interesting, as they can uncover new approaches Under Armour can consider for spokespersons besides the NBA and NFL superstars they are best known for now. While recent campaigns with female athletes like gymnast Misty Copeland help extend to new genders and interest groups, the data also suggest there may be further ways to reach deeper into the core demographic of younger males.

For example, high affinity for racing stars like Jimmie Johnson and Kyle Busch, 3rd highest and 9th highest in affinity overall, could suggest marketing Under Armour cooling gear as a way to keep racecar drivers cool in the car might be a new opportunity to capitalize on strong affinity in the South.

For a more complete look at the range of product, media and influencer interests for Under Armour fans, check out our Under Armour Audience Analysis infographic. Please enter your Email Below.