Gaming Reaches Gen Z. Here’s How You Can Too.

Gaming Reaches Gen Z. Here’s How You Can Too.

The stereotype of gamers as basement-dwelling loners couldn’t be further from the truth in 2021 — and Gen Z is reshaping the world of gaming more and more everyday.

These days, online gaming allows for a social element, and eSports draw major crowds like top sporting events. There are now rising partnership and sponsorship opportunities that forward-thinking talent and brands are capitalizing on.

Our new 2021 Gen Z report found that gaming is still this generation’s top interest. Marketers who still see gaming as a niche interest should simply direct their attention to the 12.3 million people who attended Travis Scott’s Fortnite concert.

There is money to be made by showing up where your audience spends their time, but the key is figuring out where to begin. Let’s take a look at where we’ve come from and where we’re heading.

The social evolution of gaming

TechCrunch cites Runescape’s arrival in 2001 as a gamechanger for the mainstream arrival of online gaming.

Once people got a taste of playing with millions of international players and chatting while they foraged and fought, there was no going back. Many of the biggest changes in gaming since then have involved bringing those worlds even further online and facilitating interaction between participants. 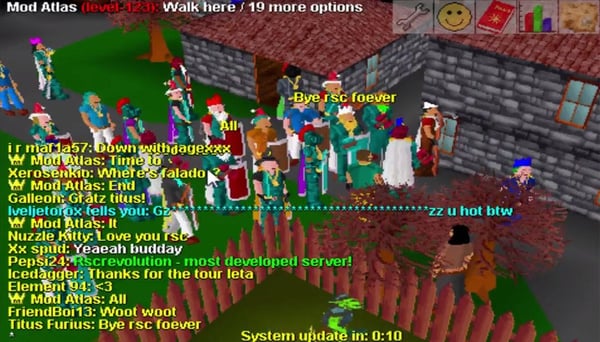 And those changes have worked: In 2020, the Entertainment Software Association found that 65 percent of players are joining others when they log in.

According to Matt Schmidt, writing for Forbes, “Many people are using video game platforms similar to social media websites. People can communicate, strategize and forge relationships in a much more meaningful way. Some people develop lifelong friendships from video gaming platforms.”

These social elements of modern video games have been amplified by the gaming industry’s meteoric growth over the past two decades. A once-niche hobby has grown into a $180 billion category, rising more than 20% in 2020 alone.

Nowhere has this growth been seen more than with Gen Z. In our 2021 Gen Z report, we found gaming was their top interest, clocking in an affinity of 3.15 times the U.S. average.

Not only does this shed the stigma gaming once carried, but it also makes it much easier to build relationships around gaming — online and off.

One of the biggest factors connected to gaming’s mainstream success in recent years was the similarly speedy rise of Twitch, the now-ubiquitous streaming site.

The site has evolved from a single stream of the founder’s life into a media empire that was bought by Amazon for almost a billion dollars in 2014 and now boasts 26.5 million daily active users. This was likely also impacted by COVID-19: We saw a 65 percent increase in engagement with Twitch during the first 12 weeks of the pandemic.

According to this research study, “The presence of Twitch is not just affecting the play nor spectating of games, however, but also their production, marketing, reviewing, and numerous other dimensions of the games industry.” 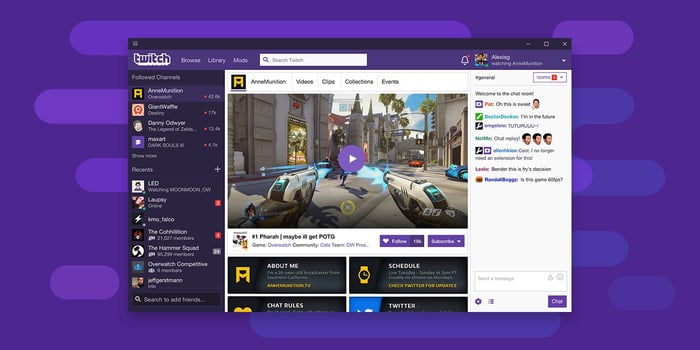 One major part of this community building is Twitch’s integration with Discord, a platform that allows you to build servers to talk, text, and chat with others who share similar interests. Many Twitch streamers create Discord channels for their fans to interact in during, and after their streams.

The increased interaction between gaming fans isn’t limited to their time at home. The rise of eSports has created opportunities for them to gather in person and enjoy some of the more competitive elements of gaming, together.

The global eSports audience reached 453.8 million last year and continues to grow. Gen Z is more engaged with eSports than any other generation. In fact, according to the Helixa platform, Gen Z is 4.39 times more likely to engage with eSports leagues than the U.S. average.

These leagues draw international audiences that can be united across language barriers by virtue of the virtual element. Plus, they are much more inclusive than traditional sports — both in the athletes that can compete and the spectators. 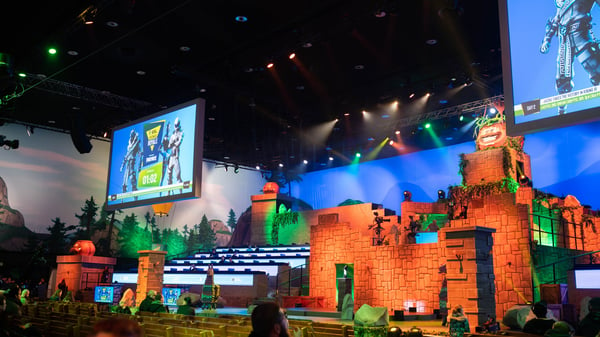 SOURCE: Sean Do on Unsplash

And while these eSports tournaments draw millions of online spectators, many also have sizable in-person crowds where people can meet, network, and share their love of gaming. For example, the 2017 iteration of Intel Extreme Masters in Poland brought together 173,000 fans with another 46 million streaming from home.

Between major events and centralized streaming and communication, the gaming industry is more mature than ever before and that is reflected in the additional opportunities gamers have to connect with one another.

Brand opportunities in the gaming industry

Now that we have highlighted the opportunity presented by the gaming industry as a whole, you may be wondering how you can get your brand involved.

This is where new research and planning technology, like Helixa’s audience intelligence platform, come in clutch. While gaming ranked as the top interest for Gen Z in our latest report on the connected generation, we know better than to assume it’s the same story for every audience.

If you find that it is a huge driver for your specific audience, here are three of the many opportunities to leverage gaming to reach Gen Z.

One of the most obvious ways to build brand frequency into a video game is to literally buy ad space within the game.

This could be in the form of a pop-up ad — especially in mobile gaming — or something more natural, like running your logo along the field in FIFA’s namesake game. After all, that’s a place where people who watch soccer are already expecting to see sponsorship, and it’s less disruptive than a pop-up. 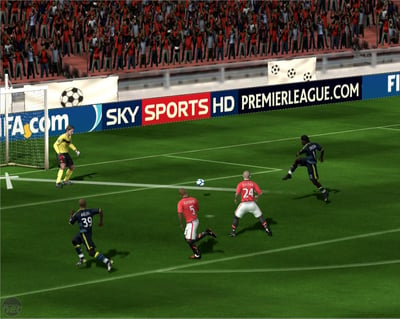 Some games have gotten even more creative with monetization. For example, the Grand Theft Auto series uses its in-game radio function to spotlight artists and preview unreleased tracks. That makes sense when you look at our platform: This audience is 74 percent more likely to be music lovers than the U.S. average.

As we’ve seen with advertising in every other medium: where there’s a will, there’s a way. And the demand will always be there, so games will continue to find innovative ways to bring in extra cash.

Some of the most impactful opportunities in gaming spring from partnerships, where game developers and brands work together to come up with creative brand implementations.

For example, Louis Vuitton built a partnership with League of Legends that included both in-game skins for specific characters and a real-life capsule collection inspired by the game. 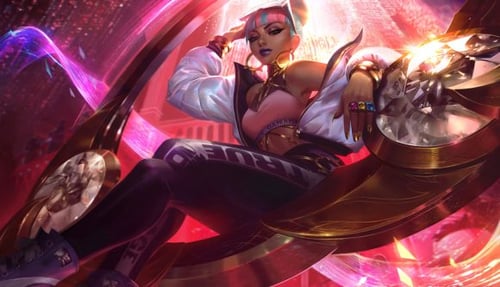 In another two-way example, flip-flop giant Havaianas created a flip-flop-shaped island within Fortnite. The island was created to promote the brand’s new collection in partnership with Fortnite, inspired by elements of the game.

With these kinds of bespoke partnerships, the sky is the limit — but only if you have the right match. With the time and effort it takes to pull off something of this nature, you want to make sure you have the right audience intelligence for a strong return on investment.

As Twitch broadens its horizons past in-game streaming, there are opportunities to show up where Gen Z already spends much of its time.

Just make sure that you aren’t barging in like a bull in a china shop. You need to make sure the implementation is relevant and authentic, or they will see right through it.

A prime example of this approach comes from E.l.f. Cosmetics, the first beauty brand to launch a branded Twitch channel.

The brand ran a contest on their new Twitch channel to see how gamers were getting camera-ready for their streams and tied it to a new initiative promoting women in gaming.

Unfortunately, while the idea was stellar, the implementation was not: E.l.f. ended up having to apologize for the lack of racial diversity in the campaign. Just another reminder that Gen Z (the audience they were targeting with this activation) is a discerning audience that won’t hesitate to let you know where you’ve missed the mark.

As Twitch continues to grow and expand its scope, we expect to see more brands getting on the platform and joining the conversation.

If you try to get their attention through gaming or any other interest, make sure that you do your research and come at it from a place of knowledge and authenticity. Otherwise, they’ll see right through it.

Part of this means working with people who deeply understand gaming in all of its nuance. But, on top of that, you need to understand the Gen Z segment of your target audience before you can plan to reach them.

Our new 2021 Gen Z Report, Connecting with the Connected Generation, is a great place to start. We cover this generation’s top interests, influencers, and even their favorite games.

However, if you want to really capture the attention of your Gen Z prospects, you need an audience intelligence solution like Helixa to take the guesswork out of the equation.

Struggling to reach Gen Z and tap into their $323B purchasing power?

Our new report dives into the passions that motivate them, the influencers that keep them refreshing their feeds, and the (digital) places they keep returning to, again and again.