Does a Return to Sports Signal the Return to Normal?

Does a Return to Sports Signal the Return to Normal?

There is an ancient proverb that suggests that, “no matter how long the winter, spring is sure to follow.” As a guy who grew up on the Maine coast, winter is a subject which I have intimately studied.

As I grew in age and awareness, I diligently looked  for signs of spring. At age three, we hunted for a budding crocus, a particularly hearty breed of flower that signaled warm air was on its way. At age six, it was a trip to the local garden center for the year’s ill-fated perennial plantings.

Other events would follow, but by age twelve, and for every subsequent year after, there was one true sign that life was returning: Major League Baseball’s Opening Day.

You could always count on Opening Day — until this year.

The extended quarantine has felt like a perpetual winter. Life as we knew it transformed, entangling us all in a mandatory hibernation. But our world is beginning to re-open, with the MLB Opening Day signaling a promise of brighter days.

Sports pull our heartstrings and open our wallets

It’s no surprise that an event monumental enough to sideline all sports for the first time in my memory would also take out commerce.

I have long theorized that sports, commerce, and the human spirit are intertwined. It’s tempting to dismiss sports as a nostalgia-driven, obsession that only touches the overly competitive or young at heart.

I challenge that notion and, in fact, when we take a deeper look through the lens of Helixa, we can see how wide the demographic spread of sports lovers truly is. Outside of leaning more toward men than women, sports fans are actually a pretty representative slice of the U.S. population. 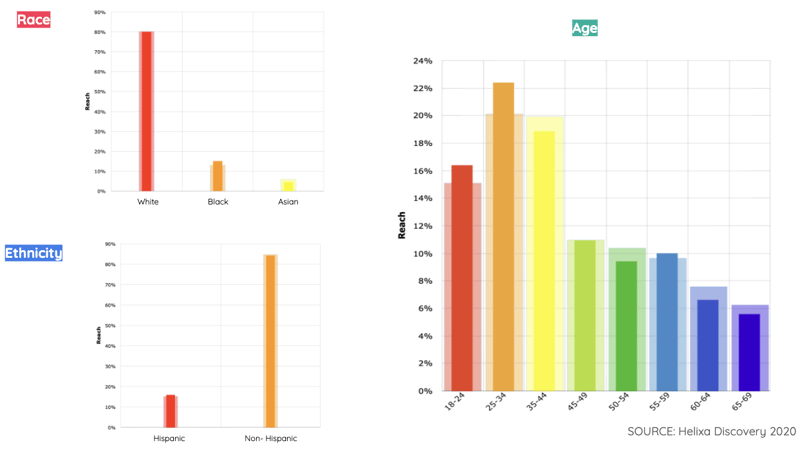 On a human level, little brings people together like sport. The men’s World Cup quite literally contributed to the end of a civil war in the Ivory Coast, after a qualifying win and impassioned speech by Didier Drogba helped inspire opposing leaders to restart peace talks.

Even on a less consequential level, sports unite us across fanbases. Who couldn’t feel warmth when the lovable losers from Chicago, the Cubs, won their first World Series in over 100 years in 2016? (Probably Cleveland Indians fans… but I digress)

On a macro level, the connection between sport and commerce is pretty intuitive. In fact, at one point during the COVID-19 pandemic, sports occupations in the US were collectively losing up to $92K in earnings a minute.

And then you have to think of all the money that was lost at the concession stand, hotels and travel, and yes, the sorely missed advertising dollars.

Let’s take a closer look at the impact on advertising, specifically, to further explore this link between sports and sales.

The return of advertising’s most captive audience

As the arenas went dark, advertising executives and marketers were left scrambling for ways to reach their consumers. No other form of entertainment captures eyeballs as consistently and thoroughly as live sports. Even the shift from cable to cord-cutting hadn’t largely changed that fact — until COVID-19.

In 2018, 43% of cable subscribers said live sports were keeping them from cord cutting. This was reinforced when, in the absence of live sports, Netflix doubled subscriber estimates in the first quarter. Many other streaming services also saw extreme jumps in engagement during the initial weeks of the pandemic.

But advertisers will pay handsomely for the attention live sports provide, as long as the getting is good.

According to Ad Age, the top three most expensive Primetime spots on linear TV, in the 2019-2020 calendar, were sports. They went for an average of $640,000 each. The closest non-sports competitor was the NBC juggernaut, “This is Us,” where a spot would cost you $359,000. That’s still a lofty sum, but it’s a steal in comparison to sports.

As the nation longed for any distraction from current events the collective media world tried it’s best to provide entertainment despite a pause on production. They gave us our old favorites, musically driven fundraisers, and stars from home, but it all came and went with little fanfare.

But then, out of nowhere, came a sliver of hope in the form of a celebrity golf match. 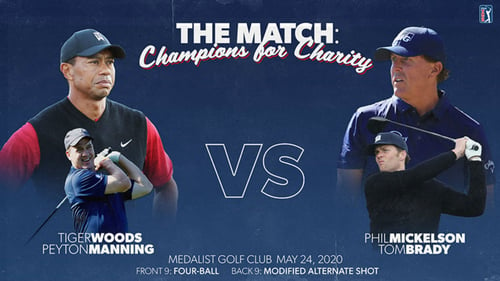 The Match was a charity golf outing in May that pitted Tiger Woods and Payton Manning against Phil Mickelson and Tom Brady.

Tiger and Phil created the event for pandemic relief, but the true charitable offering was to corporate America. The event took place in the middle of our pandemic hibernation, airing on TNT as the highest rated golf program in history. Ad spend rivaled the Super Bowl.

This reawakening was like my trip to the garden center all those years ago. Yes, a nice respite, but fleeting. However, it was a great case study to examine the power of a suppressed national appetite for sports. The combination of a live sporting event and exciting talent was a match made in heaven.

For brands hoping to tap into that energy, athlete partnerships can be extremely effective, but you need to make sure there is a strong alignment. Helixa can help quantify the links between sports and commerce that I have been arguing throughout this post.

For example, there is no mystery as to why Nike chose NBA star Russell Westbrook as one of their lead Nike Basketball ambassadors — he’s a nine-time All-Star and a vocal advocate for social justice (something that Nike has taken a vested interest in).

But his audience and Nike’s also overlap perfectly. He has enough sneakerheads in his audience that Nike knows he’s a good fit, but he also has plenty of fans who don’t engage with Nike and present a huge opportunity for the brand. 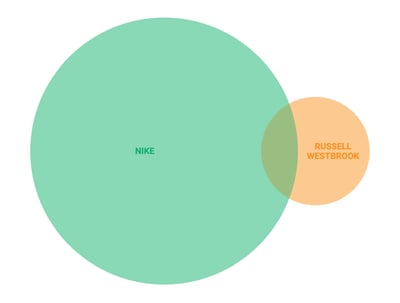 An example of a slightly more nuanced correlation is the intersection of an advertiser, a league, and a sponsored athlete. For example, Budweiser is a top sponsor for MLB, and Jose Bautista is the top baseball player for the overlap between the Budweiser and baseball-loving audiences.

As you can see, despite being out of the league, he would likely still have a strong showing in partnership with Budweiser. 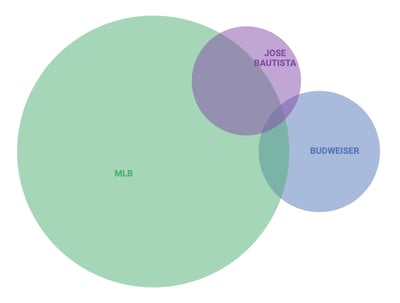 The official return of sports and a spring awakening

Today, Major League Baseball is set to return. Opening day is upon us and, at long last, we can see signs of an awakening.

In the coming days and weeks, the NBA will follow, as their season resumes. Shortly after, NFL training camps are set to open.

The return of sports offers not only an escape from our current reality but also a lifeline to the American economy. Once again friends can share a beer, though socially distanced, as they give streaming an overdue break and start cheering on their favorite team. 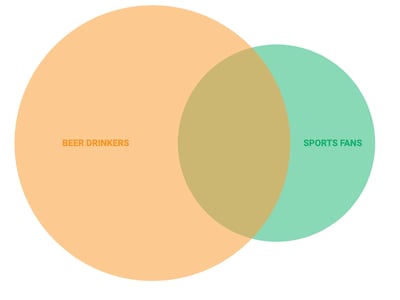 The Advertising industry, typically wary of change, has been forced to adapt in the face of the pandemic. Fundamental shifts haven taken hold in weeks when, under normal circumstances, they would have taken ten or more years to be uniformly adopted.

Gone are the days of face-value vanity metrics, and basic demographic profiling and segmentation. For a brand to survive, now more than ever, they have to become agile and more importantly, understand the full composition of their intended audience.

I find myself, through Helixa, sitting at the forefront of this philosophical shift in business and consumer intelligence. Brands who are able to adapt will thrive. Those who don’t will remain in hibernation, maybe forever. 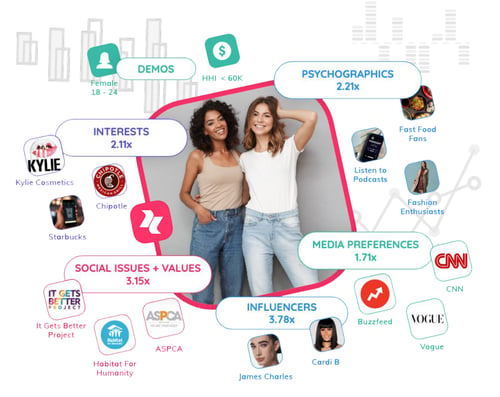 Though our industry has changed and continues to do so, I can take solace knowing that if marketers leverage hard-fought lessons in conjunction with the return of sports, the bounty of a delayed spring will soon be upon us.

It brings with it the return of commerce. With its unifying power, I am confident a true awakening of the human spirit is sure to follow.

Eamon Monaghan is our Business Development Director, focused on brands, sports, and exploring the inner child in all of us. When he isn’t screaming loudly at his television set, he spends his time helping clients better understand their customer and how to expand their brand in an ever-changing digital world.